This is the fourth article in a series, “Building a Million Dollar Business,” where we conduct exclusive interviews with industry leaders to learn more about how they’ve transformed their cleaning and restoration companies into successful, million dollar businesses. This article features Mark Johnson, owner of M.A. Restoration in Westborough, Massachusetts. Sometimes it takes a couple tries before finding a career that’s the right fit. Before becoming the founder and owner of Boston-based disaster restoration company M.A. Restoration, Mark Johnson started out pursuing his dreams of becoming a cook. However it didn’t take him long to realize that the kitchen wasn’t the right place for him.

“When I was growing up, my dad always taught me that when you’re young, you have time to make some mistakes. So go try some things out and if they don’t work out, you have plenty of time to recoup,” Johnson said. “You get up in your later years, buy a house, get a mortgage, have a family to support and everything else, it doesn’t make it all that easy to make changes and stuff later on. So I decided I was gonna go for it, and if I didn’t like running my own business, then I was going to go get another job anyway.”

Johnson chose to pursue something that made him happy – cabinetry. He had previous experience working in cabinet shops all throughout high school and decided he wanted to build and install custom cabinets as a living.

“And that’s all I wanted to do. I was just the guy in the shop,” Johnson said. “I could set up a shop or I could cut 1000 pieces. It didn’t make a difference. I was able to control the environment and keep the temperature warm since I didn’t like working with cold hands”

But in 1994 he decided he wanted yet another change. At the age of 22, he reconnected with an old colleague from his cabinet making days and together, they ventured out to start a business doing construction work.

“This was back before the Internet and we had Yellow Pages. So we tried to go out and find a little bit of work.” Johnson said. “It was more family and friends, who would also give us referrals.”

Once the late 90’s hit and projects started scaling in size, Johnson and his partner decided to part ways but have remained good friends over the years. Ready to take the next step, Johnson took his father’s advice to heart and headed towards a new chapter in his life.

Finding a Start in the Cleaning & Restoration Industry

Johnson started picking up water damage jobs with one of his good friends. Then when Hurricane Katrina and other storms started ravaging the south, his friend decided to become a “storm chaser,” sometimes being absent from 6-9 months at a time. While reassuring Johnson that he was only a phone call away, he eventually suggested Johnson get his own certifications and start doing things on his own.

When the insurance repair process became a common route for cleaning and restoration jobs, the industry became more attractive to Johnson. The work they performed was the same, except now they were getting paid by insurance companies rather than the customers themselves.

“With this change, we found that if we could get the mitigation work, it was an easy sale on the repair side. It’s almost like you’re multiplying, you get one job and it turns into two jobs,” Johnson said. “We always stressed to our employees the importance of being honest and doing a good quality job because then they can get more repair jobs.”

‘Quality over quantity’ has always been an important approach in Johnson’s way of doing business.

“Size has never been important to me. It’s all about how you’re taking care of others,” Johnson said. It’s easy marketing dollars for us to go and say, take care of the customer first because that will go a lot further for you.”

The special focus on customer service has helped Johnson get quality leads and grow his business into the success it is today.

“Bad news spreads 10 times faster than good news. So you better be making good, right? That’s what’s gonna get you more business than doing something bad,” Johnson said. “You don’t want that word spreading that you’re a bad company that’s known for not taking care of people. Being on the good side of gossip is a valuable piece of keeping the business coming in the door.”

Another important lesson Johnson learned is always keeping the hiring door open, even if it means getting some bad eggs who walk through.

“If you’re trying to find an employee fast, it’s not going to work very well, you’re gonna have to take some people that are not qualified into your company,” Johnson said. “We’ve hired some people in the past that didn’t really work out that well and that’s okay. You have to be a little more patient and make sure that you’re not looking for that quick hire.”

According to Johnson, there’s no secret sauce to hiring. However, he emphasizes how the importance of taking the time to find the right employees should be prioritized over focusing on how big the company can get.

“You’re going to be in a lot better position and have a more sustainable company,” Johnson said.

Relying Upon Others In The Restoration Industry

If there’s one common thread we’ve picked up from our “Building a Million Dollar Business” series, it’s the importance of building a sense of community among others in the restoration industry.

“If I had to give advice to anybody, it’d be that you’ve got to get yourself around individuals that know how to run a business and network with other individuals that have been there and done that,” Johnson said.

It’s a lot easier going to someone who’s already gone through what you’re about to experience, according Johnson. While they won’t necessarily do the work for you, they can provide valuable mentorship.

“They’re not going to make the decisions for you, but they’re going to guide you along the way,” Johnson said. “If I didn’t have that back in 2008, I’d probably still be out in the fields working. The business probably would have been smaller than it is today,” Johnson said.

Through hard work, building a strong team, and finding camaraderie among other restoration business owners, Johnson has successfully built a million dollar business. It took time and a couple career changes, but it was all worth it in the end.

For more content, check out the full video with Mark Johnson.

It’s time for you to leverage your marketing and grow your business! 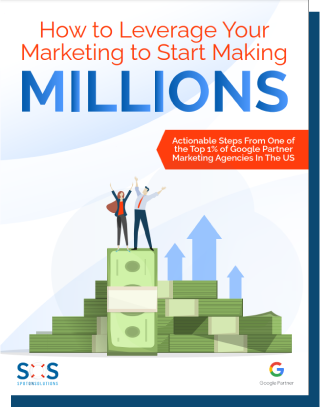